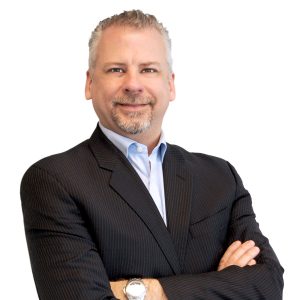 Curiosity Didn’t Kill the Cat. It Was Ignorance. (Curiosity Was Framed.)

The world’s greatest inventions, discoveries, innovations, products, services and companies all have one thing in common. They all blossomed from the seed of curiosity. When curiosity is nurtured and pursued, anything can come from it. But it can’t be passive or accidental. It must be as natural and active as our beating heart in order to see its fruits. At HCB, we’ve made it one of our core values because we believe curiosity is how we got here. It’s why our clients have stuck with us for so long. And it’s what keeps us growing in new and vibrant directions. Let me be clear that the act of questioning, prodding, wondering and seeking can be a messy one. Curiosity is the spark that can set an idea on fire or it can be a wet towel that sends you in a new direction. It’ll have you experimenting, trying new things, with hits and misses along the way.

Curiosity is rooted in the discipline of listening. A by-product, you might say. What is the point of curiosity, of seeking new ideas, if you’re not listening to the marketplace and to each other? That’s how we’ve built one of the best medical device marketing practices in the country. It’s the reason we know how to speak to patients in a real, meaningful way with hope and empowerment. By not resting on the laurels of our past curiosity, we’ve continued to foster our passion and grow into the pharmaceutical and biotech industry. And now we’re expanding our digital and data science business with a sense of wonderment and “what if.”

There is a great business case for better understanding curiosity. In a recent issue of Harvard Business Review, Francesca Gino highlights new research that points to the impact of curiosity on business. By cultivating it, she says, companies can unlock a number of benefits:
Fewer Decision-Making Errors: When our curiosity is triggered, we are less likely to fall prey to confirmation bias (looking for information that supports our beliefs rather than for evidence suggesting we are wrong) and a tendency to stereotype people (making broad judgments, such as that women or minorities don’t make good leaders).

More Innovation: An INSEAD field study showed that a one-unit increase in curiosity was associated with 34% greater creativity.

Reduced Group Conflict: Curiosity encourages members of a group to put themselves in one another’s shoes and take an interest in each other’s ideas rather than focusing only on their own perspective. Doing so causes them to work together more effectively and smoothly.

More Open Communication and Better Team Performance: In a leadership program at Harvard Kennedy School, participants were divided into groups of five or six. Some groups participated in a task that heightened their curiosity, and then all the groups were engaged in a simulation that tracked performance. The groups whose curiosity had been heightened performed better than the control groups because they shared information more openly and listened more carefully.

Finally, in a survey of more than 3,000 employees, 92% credited curious people with bringing new ideas into teams and organizations and viewed curiosity as a catalyst for job satisfaction, motivation, innovation and high performance.

So let me ask you a question. What is your Curiosity Quotient? Do you openly seek the unknown and go bravely into new worlds? I encourage anyone reading this to turn up their CQ a couple of notches. Be willing to ask what you think might be stupid questions. As the proverb says, it’s better to ask a question than to remain ignorant. A good formula for making curiosity an important ingredient in your life and in your business is to remember the acrostic: ALL EARS.