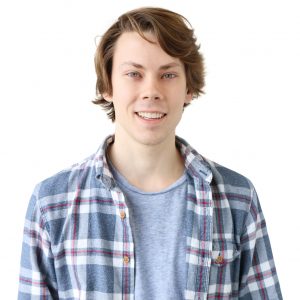 You’ve definitely heard them. You probably recognize a few of these effects, but do you know what they look like or some of the creative branding that surrounds them?

More specifically, I’m talking about guitar effects—particularly pedals. If you are involved in music in any capacity, then you’ve been around them. Maybe you were front row at a concert and took a peek at the shiny devices being stomped on and off during pivotal moments of your favorite songs. Perhaps you’re a musician and have a growing collection of these addicting tools yourself.

As a guitar player, I find a lot inspiration in effects pedals. They have a way of opening up entirely new sonic dimensions that plugging straight into the front of an amp simply cannot.

In addition to their ability to expand the musical spectrum, I also find the branding of these effects inspiring. As a creative, I love discovering pedals with unique designs and unique names — most of which have a nod to the sound they produce. Others I’m still scratching my head on the branding rationale for these metal enclosures of sound.

Here are a few of my favorite pedals based their looks or name, or both!

So, I’m not sure what the emperor penguin has to do with the chorus or vibrato effect, but the iconography stamped on this pedal is a staple for this company. It’s simple and clean. I also love the purplish color choice of this box as it relates to colorful chorus tones so prominent in the 80’s.

Hear it in action: https://www.youtube.com/watch?v=fcz4BRuB8Fo

The BlueSky Reverberator comes from a company that packs customizable settings into one quality sounding pedal. There’s not much to its design other than its elegant font and metallic blue metal enclosure. But the name says it all for what this machine is capable of: bright dreamlike echoes that feel as if they’re fluttering through the sky.

Listen to it soar: https://www.youtube.com/watch?time_continue=38&v=hmWBQgiqjtY

Now for a complete 180 from pristine-sounding effects. As with most of their pedals, Death by Audio pushes the limits of what guitars are expected to sound like. The properly named Fuzz War takes those thoughtful fuzz sounds you’re used to hearing in those Hendrix riffs and turns them into complete chaos. Pair that with its graffiti-stencil design and you have yourself a pedal ready for an apocalyptic Terminator battle.

Some songs just call for unpredictability. The Rainbow Machine is rightfully named for those moments that need the color of bizarre noises. Its manufacturer describes it as a “Polyphonic Pitch Mesmerizer.” The bright pink enclosure and curly candy-like font is enough to tell you this pedal is anything but ordinary when activated. The addition of a “Magic” button makes even more bizarre sounds.

Hear it get weird: https://www.youtube.com/watch?time_continue=17&v=Nv_xr13dig8

Sonically, this pedal is pretty tame. In a nutshell, a compressor offers a more balanced sound by leveling the dynamics of high notes and low notes. As far as I can tell, there is no rhyme or reason to this pedal’s desin-but that’s sort of why it’s awesome. For an effect so subtle, why not go over the top? I know I want it.